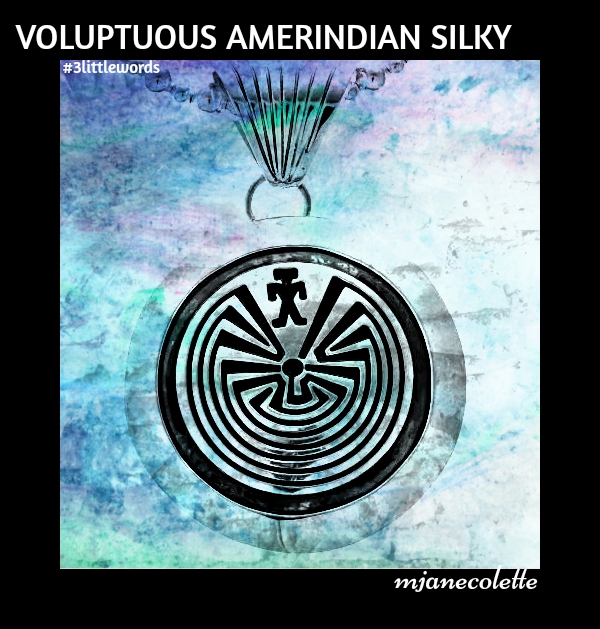 She described herself as an Amerindian anthropologist, and at first, I wasn’t sure if she meant that she was Amerindian or whether she studied—anthropologized? what is it that anthropologists do, exactly?—Amerindians or Amerindian culture—and then, because I started panicking and worrying that I was going to say something stupid—like, for example, “Oh, so what tribe are you from?” or something worse—I dropped my eyes from her face to her chest.

And that was a mistake.

Believe me, I did not mean to stare at her boobs. I mean tits. Fuck, breasts. I just needed to stop staring at her face, because her Amerindian-face—or her Amerindian-studying face, fuck, why didn’t she just say, “I’m Gail, I’m an anthropologist?”—fuck, I think I totally missed her name. Was it Gail? Or was I just calling her Gail, because we were standing in the middle of the street in the middle of a gale, which was whipping her hair around us madly, and soon, one of those silky strands would touch my face or hand, and I would become even dumber…

…as if that was possible. So I dropped by eyes from her face to her chest, and holy-mother-of-god, more voluptuous cleavage I have never seen. It wasn’t even that it was big—that they—breasts? Fuck, I wish there was another word. I know tits is ugh, and boobs is infantile. Breasts, I don’t know. Clinical. And all the other slang forms—ugh. And cleavage—cleavage isn’t breasts, not really, right? It’s the place in-between. God, places in-between. I was in that place in-between her breasts instantly. And like I said—they weren’t that big. People think voluptuous means big now. It doesn’t. It means… what they were. What she was.

I was swimming in there with my eyes, and she was standing there, whipped by the wind, and if she didn’t think I was a pervert yet, she soon would, because starting at her breasts made me want to touch them and…

“Do you want to get out of this wind?” she yelled and took my elbow, and we ducked into a cafe.

“I just noticed that,” I said, and I reached for it, and OMFG, pervert. She was going to slap me, because my hands and my fingers were pounding with blood, an inch below her throat—which was also voluptuous—and two fingers above the plunge of her cleavage and I was lost, swimming, drowning again.

“This?” she said and put her hand below and above mine—how did she do it with such a tiny hand, but yes, two fingers below, two and the thumb above, and her thumb grazing my thumb felt like the most obscene, intimate… What the hell was wrong with me?

She rubbed her necklace, except it felt as if she was rubbing my hand. Actually, my cock. Fucking hell. I was hard and tenting and… please, god, don’t let her look down.

“I guess you really like my necklace,” she said.

“And your breasts,” I said. Like an idiot. “Hair. Face. Pretty much all of you.”

Because, really—could things get any worse?

And, her hand still on my hand—which was still on the necklace so close to her throat and to that plunge—moved towards me. Lips on my lips, body against my body, pressed so tight against my hard cock, the world ended.

No, fucking seriously. It ended. In an explosive gush that would have made me die of embarrassment, except I felt so fucking good I just wanted to die out of joy.

She started to move away.

“What are we going to do?” she whispered into my neck.

“Inch towards the cafe bathroom and then do this properly,” I said. Because here’s the thing about dying and the world ending and the worst possible thing happening but it feeling so good it was worth it—you just want the world to end again.

And it did. Twice more, before someone complained and pounded on the door.

The police were not understanding.

It was fucking worth it.

The necklace was Amerindian, by the way. I forget what tribe, South American. She wasn’t. And her name wasn’t Gail. But her hair, everywhere, was silkier than silk, and voluptuous is now my favourite word.

Next? Leave your words in comments or whisper them in my ear at TellMe@mjanecolette.com.

Connect with me here:

Consequences is coming out May 2, 2017! Which means I need to start preparing for the launch. Which means–cue panic.

CUNT versus PUSSY is now available in paperback via Chapters and places like that. I’ve also, at the request of librarians and a writing teacher, prepared a conventionally titled version of it called Rough Draft Confessions. I feel like a sell-out. Still. I suppose it makes sense. It’ll be releasing quietly and stealthily in April.

SCREW CHOCOLATE: all 14 valentines are up, and were they not fabulous? My gratitude, hugs and kisses to all the talented participants.

Also, I wrote another book last month. Well, like, last week. More on that… next week. 😉