I had a chance to hear the legendary, amazing, awesome Philippa Gregory speak at a Calgary Wordfest event a couple of weeks ago. She was promoting her new novel, Tidelands, but generously recognized that most of us were there for the Tudors.

I haven’t read Tidelands yet, and I’ve broken my book buying budget for the year, and my number in the hold queue for it at the Calgary Public Library is 1008, give or take a couple hundred (I exagerate, but only slightly–I’m #108 on 20 copies–which means… I don’t know. I’m bad at math. I’ll be waiting for it FOREVER).

In the meantime, I’ve given myself a Philippa Gregory fix by revisiting a few of my Tudor favourites, notably, The Boleyn Inheritance. In case you can’t remember what The Boleyn Inheritance is about, it’s this one:

From the bestselling author of The Other Boleyn Girl, Philippa Gregory, comes a wonderfully atmospheric evocation of the court of Henry VIII and his final queens.

The king will decide who will live and who will die; he has the power of God now.

1539. Henry VIII must take his fourth wife and the dangerous prize is won by Anne of Cleves. A German princess by birth, Anne is to be Henry’s pawn in the Protestant alliance against Rome, but the marriage falters from the start. Henry finds nothing to admire in his new queen, setting himself against his advisors and nobles to pay court to young Katherine Howard.

The new queen begins to sense a trap closing around her. And Jane Boleyn, summoned to the inner circle once more by her uncle the Duke of Norfolk, finds a fractious court haunted by the Boleyn legacy of death and deceit.

Nothing is certain in a kingdom ruled by an increasingly tyrannical king.

I listened to it as an audiobook, and the audio interpretation is fantastic, with a different narrator for each of the main three characters.

I’m listening to The Other Queen now (about Mary, Queen of Scots), which is less enthralling, but still enjoyable.

And this weekend, I’m going to watch The Other Boleyn Girl again.

I am very happy. 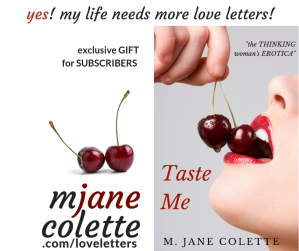