I left the house really, really early in the morning, and drove to Reza’s apartment.

And then I thought… are we even dating? All we’ve been doing is having sex. Is that even a relationship?

Me, being just as… whatever it was that John was when he became Jewel’s “honey bunny.”

But when I rung up through the apartment intercom, it wasn’t Reza’s voice that answered.

And he hung up.

So I went to Safeway.

I was probably customer number one. And I was just trying to figure out where he was when suddenly, he was there, and I was in his arms, and he was kissing my eyes and cheeks and forehead.

And so instead of breaking up with him, I just had a short cry in his arms, and then said that everything would be ok, and that I was sorry that…

…and he interrupted me and said, “Sometimes, you are so Canadian,” and we both laughed…

…and then he told me to wait, and disappeared for five minutes, and came back wearing his coat.

“I told the manager I would be back in fifteen minutes,” he said. “She doesn’t mind. It’s very quiet. Come on, let’s go have a coffee.”

And we went to the corner Starbucks and had a coffee.

And then I went home to have a talk with Cody.

Who had clearly had a talk with Nika.

And Caz, I don’t think Nika interferes, and even if she does, I don’t mind, and I love her. Ok? So you need to apologize to her.

Cody was still angry and upset.

And a lot of complicated things.

And angry at his father.

And worried about me.

And… worried about us, all of us. Family.

It was hard. And messy. And it didn’t really resolve anything. Except:

And then, Cody went for a bike ride, and I texted Tyler.

Who had also spent the morning texting with Cody. And who thought the whole thing was kind of amusing.

“There was nothing funny about it at all!” I typed. Added a lot more exclamation marks.

“Just wait,” he wrote back. “A year from now… well, maybe five—it’ll be the best story. The time Cody walked in on Mom and—what’s his name? Reza—naked in the shower.”

“We were walking out of the bathroom,” I corrected.

“By the time we are telling the story five years from now, he’ll have walked in on you while you were fucking in the shower,” Tyler typed.

I was going to give him hell for typing “fucking.”

But instead I sent him a poop emoji.

10 comments on Doing the right thing:

mommyshidinginthebathroom3: Coffee through my nose in response to that last sentence; thank god you didn’t break up with Reza; also, I’m taking a number for Reza in case I ever get divorced and you get tired of him—if that happens, I get dibs, ok?

goddessofvictory: I’m sorry too, Caz. And Susan—Caz was right. I shouldn’t have told the boys, at Christmas. It wasn’t my place.

susan-oh-susan: Nika, there was no good way for any of that to come out. So… no blame. I promise.

ilikeherbooty-full: Fine. Dude’s got some class. You’re allowed to date him, Susan.

BeautifulThingsEveryday: Who died and made you daddy?

ilikeherbooty-full: That the best you got today, Cougar?

sugar&spice76: I haven’t been able to check til just now! Thank God you didn’t break up with him, honey! Phew! I was tense all day! 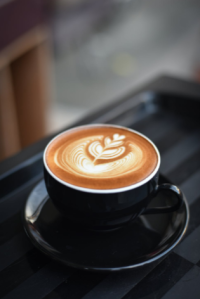