“He was writing books about himself” #quote #whosaidthat #navelgazing 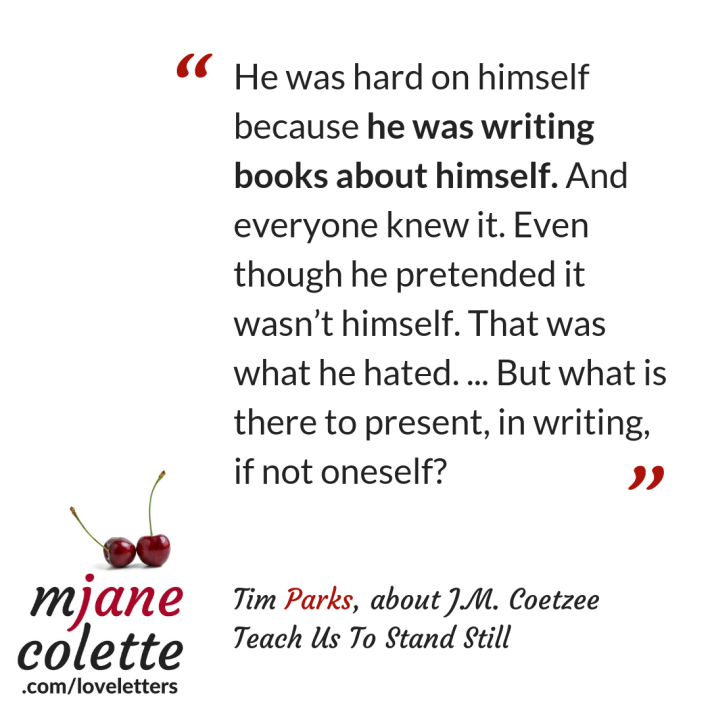 He was hard on himself because he was writing books about himself. And everyone knew it. Even though he pretended it wasn’t himself. That was what he hated. … But what is there to present, in writing, if not oneself?

Tim Parks is a British novelist whom I encountered through his memoir Teach Us To Stand Still, from which this quote is taken, which he (or his publisher) calls “a sceptic’s guide to health and healing.” It’s a lovely book; highly recommended. #minibookreview 😉 In this quote, he is speaking about  J.M. Coetzee, a South African-born novelist, essayist, linguist, translator and recipient of the 2003 Nobel Prize in Literature. 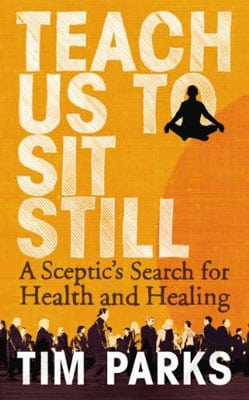