Like a troll doll or a muppet, but worse #cherrypiecure

I don’t know where to start.

Ok, I have to start with this: John dyed his hair orange.

I think it was supposed to be brown. Maybe chestnut brown?

And he got the bottom and the sides shaved, and now he looks like…

You remember Jim Henson’s The Muppet Show? Ok, now imagine one of those bald-headed pink muppets with a tuft of bright orange hair on top.

The father of my children.

A troll doll with an orange toupée.

You should have seen Nika’s face when she saw him. It was priceless. I wish I had thought to take a picture of it with my phone.

And Cody and Tyler…

I’m sure you’ve figured out from the above that A. Cody and Nika have arrived and B. John arranged for a meeting with his children.

Well, I guess in the end, I arranged for a meeting.

Ok, let me tell this properly.

“Mama Susan, I love you, and your pie loves me so much, I don’t doubt that you and in fact the entire Universe loves me with a passion,” she said on her third slice. How someone so tiny can eat so much… but then, Cody is more than half-a-foot and I don’t know how many tens of pounds smaller than Tyler, and he gave his brother a good run for his money with my baking.

“It’s enough that my son loves you with a passion,” I said, trying to be clever. And both Cody and Nika looked all weird and awkward, and I blushed. I should just keep my mouth shut instead of being clever, because I am not.

“More pie?” I said instead.

“I prefer the Florentines,” Cody and Tyler said simultaneously, and demolished… you should have seen them, it was ridiculous. And then they fought like six-year-olds over the last one.

I split it in half for them.

Which reminded me… of John’s “request.”

I thought: Should I bring it up? I wasn’t sure, you know.

To be honest, I hadn’t really thought about John in a significant way since his mother called. And before that, in Aisle Three… but I preferred to think about what happened after he texted than what he texted or why he texted, you know?

He has such a lovely voice.

The stock boy. Not John.

Not that there’s anything really wrong with John’s voice. I must have thought it was sexy at some point, right?

Being married for more than twenty years does make you… stop noticing things. The good and the bad.

Anyway. I started thinking about John’s request to see the boys over the weekend. And of course I would never stop him from seeing his children. But I also thought—if I don’t arrange it, he won’t do anything about it, and then he will blame me. He won’t think, “Oh, I didn’t get off my butt and do the work and apologize to the boys and convince them to see me.” He will think, “That bitch is keeping me from my children. No wonder I left her.”

DO. NOT. COMMENT. ON. ANYTHING. IN. THE. ABOVE. PARAGRAPH.

I know… I know what you will say. But that’s what I was thinking. And it’s true. And it doesn’t matter how many times you call him an asshat, or how you say, “But, honey, that’s his problem, not yours.” I’m the mother, and I’m the wife, and so it’s my problem too.

So. Decision made in that instant, I guess.

“Your father really wants to see you while you’re in town,” I said.

“We don’t want to see him,” Cody said. Almonds from the last Florentine cracking between his teeth.

“Are you sure he wants to see us, or you want him to see us?” This from Tyler.

And I showed them the text.

Which was a mistake.

John: “Susan, please make arrangements for me to see the boys over the weekend.”

Me: “Please make whatever arrangements you want to yourself. If you want to meet in the house, that’s fine. I will accommodate and leave.”

John: “They won’t return my calls and texts, because you’ve turned them against me.”

…well, I didn’t expect this reaction:

“Jesus, Mom, he talks to you like that?” Tyler.

“I didn’t mean for you to read that!”

“Why do you want us to see him, anyway?”

“Because…” my voice trailed off. Would they understand?

Nika was beside me suddenly, hugging me.

“Cody?” she said, kissing my cheek. “I know you get pissed when I talk about this, because it’s a family thing, and I don’t understand, but I need to say something.”

“If your mom wants you to see your dad, you shouldn’t need another reason. Or ask her to justify it. Get it?”

I can’t wait for my boy to marry this girl.

I will be her flower girl.

Ok, that would be utterly frivolous and ridiculous. I will just walk behind her and carry her train.

So I made arrangements.

Sent John a text with suggested time. At the house.

His response: “Will you be there?”

But when I told the boys, Cody texted John.

“You don’t have the fucking right to tell our mother to leave our house.”

“I would really rather not see him,” I told Cody. I wasn’t sure if that was the truth. But I just didn’t want a fight, you know?

“You don’t need to hang out in the living room or anything,” Cody said. “But he can’t make you leave your own house.”

Nika looked as if she wanted to point out that he and Tyler manhandled John out of his own house. But maybe I was projecting.

So I ended up hanging out in the bedroom again with Nika, me on the bed reading another romance—she brought me a bunch of new ones, all regency historicals, except for one series featuring Vikings—I was reading one of those, oh-my-god, raping and pillaging, I know it’s wrong, but this author made it all so hot—I did actually think, mmm, I might re-read this one once the kids leave and I figure out how to work the Rabbit (I can’t believe I’m telling you guys this)—anyway, I was on the bed, reading that romance, and she was looking out the window.

“He’s here!” she announced. “I think. Oh-my-god, Mama Susan, you have to come see what he’s done to his hair.”

And I went to the window.

But you really had to see it to believe it.

27 comments on Like a troll doll or a muppet, but worse:

BeautifulThingsEveryday: I’m gonna figure out a way to drop by his work for some reason to see it. And I will take a picture and post it here for all of you.

ilikeherbooty-full: Only a black guy can pull off orange hair and that shaved-all-around-and-tuft-on-top thing. Just saying.

sugar&spice76: Testify, brother. There, I agree.

ilikeherbooty-full: Yo, man, what the fuck you doing here? I told you you could come lurk, not fucking comment.

mommyshidinginthebathroom3: Good on you, Susan, for getting the boys together with their dad. I don’t want to wave the feminist flag here, but I’ve got to say, holy patriarchy. Cody’s totally acting like he’s the father and you’re the child.

FemmeFataleFun: I get what you’re saying, girlfriend, but I disagree. Change one of the boys—change Cody to a girl, a daughter. He’s a she, and he’s still doing all the things. Are you saying, holy patriarchy?

mommyshidinginthebathroom3: Mmmm… I can’t see a daughter acting like that.

FemmeFataleFun: I can. Totally. A twenty-one-year-old child? Daughter or son? Mother hurt by father? Would immediately move into protector role. Gender be screwed.

FemmeFataleFun: Sugar, I don’t know why I didn’t expect that kind of thing from you, but like Bathroom said, respect.

FemmeFataleFun: You’ve got a long akward handle, girlfriend. What should we call you?

mommyshidinginthebathroom3: Like, Olivia, which is my name. Or anything you like, other than Bathroom. Jesus. Why would you choose that? Why not Mommy? Or Hiding?

FemmeFataleFun: LOL. Done. I’ll do you better. Send me your addy, and I’ll send you something pretty. Anyway. Back to John’s troll doll hair…

ilikeherbooty-full: This is boring. When are you hens going to talk about sex again?

BeautifulThingsEveryday: First, Jerome—if that is your real name—it’s bad enough you’re here—stop bringing your friends. Second—so, Susan, how did it go? The meeting between John and the boys?

ilikeherbooty-full: She’s so fucking mean to me, Susan! 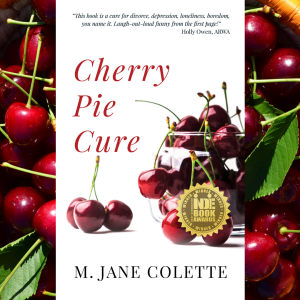