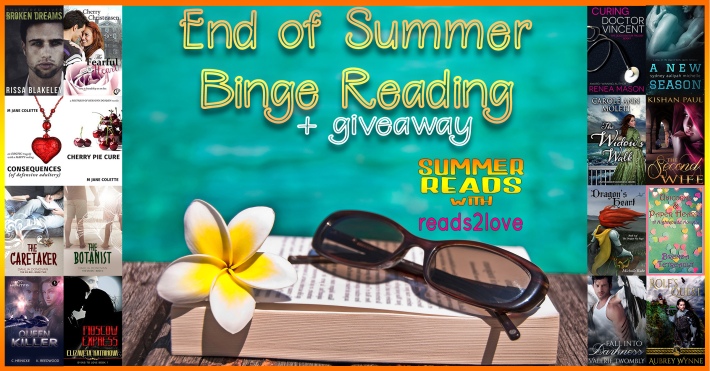 I want to swell your TBR list a little. 🙂 Cherry Pie Cure and Consequences are both part of this final summer promotion at the fab Reads2Love along with some other interesting titles–pick up some great free, $0.99, and other sale priced reads and enter for a chance to win a $5 gift card to help feed your reading habit: End of Summer Binge & Give Away.

Next… I haven’t been sharing reviews much lately, but Trisy at Bobo’s Book Bank just reviewed Cherry Pie Cure, and made this awesome graphic:

and so I think you should go check out her (five star! woo-hoo!) review: My Review of This Fun Rom-Com: Cherry Pie Cure by M. Jane Colette.

And leave her a comment, will you? A cherry emoji will do. 😉

Finally… do you know the poet Jack Gilbert?

He is… precociously talented. The things that man can do with words… He published only a handful of books of poetry–three, I think–decades apart–but he is… OMG. If you had poetry ruined for you by an evil English teacher in high school, Jack can save you.

But–I’m not trying to convert you to poetry. I’m telling you about Jack because I just found out that Jack also wrote a porny novel in his middle years. 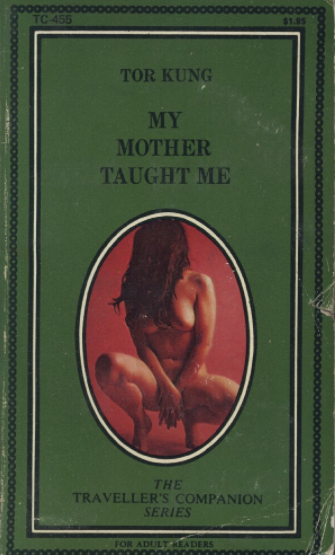 “You have to understand, people were writing sex books but no one was writing them well. I thought pornography should be as much of a genre as cowboy stories. But pornography is boring. Childlish. Unhealthy. I thought, Why not have a novel of sexuality that’s not paralyzed by the need for orgasm? So I wrote a good pornographic novel to show it could be done. An enjoyment rather than a momentary excitement. There were so many pornographic novels written; why weren’t they effective? A momentary spasm. Some people will have an orgasm if you say a dirty word or say, What he did to her body was… But what if you approach it as a real novel?”

This novel is impossible to find, but here’s a Paris Review review of it, including some excerpts that question whether Gilbert was really inventing anything new (and whether it was that good)… and suggest that it would probably be banned on Amazon in 2017: My Mother Taught Me: a poet’s misadventures in erotica

And that’s about it…

You: Whatcha working on?

Oh, and this Saturday, I’m going to be helping TL Clark party it up as she launches her Darkness & Light Duology with a fab Facebook Event. Come join: Darkness & Light Duology: Book Launch. I believe I’m up at 2:30 p.m. Mountain, which is 4:30 p.m. Eastern, which is 9:30 p.m. England time (I don’t think that’s the proper term) where TL is. Time zones! Let’s hope I show up on time. 😉

Ok, that truly is it.

Be good, and if you can’t be good–be safe.