Words on the floor 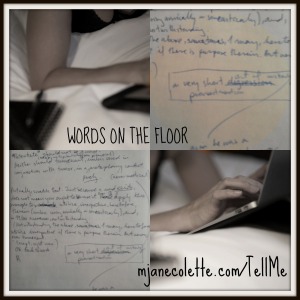 “Potentiate” should not be a word. Ever. (As a verb, as in, “to potentiate.” From “potential.” “Potentate” is acceptable, although probably pretentious.)

Neither should tumescent. Unless used in conjunction with tumour, purely in an ironic and metaphorical, never medical, context.

(As in: he was a tumescent tumour on the profession, but none of us dared to lance him…)

Actually, scratch that. Just because a word exists does not mean you ought to use it. Ever. Apply this principle to utilize, irrespective, heretofore, therein (unless using ironically), and, in 99 out of 100 occurrences, notwithstanding.

Notwithstanding the above, I may, heretofore, utilize irrespective if there is a purpose therein. But never, ever, tumescent.

Excuse this act of writerly procrastination. I return to work. You?