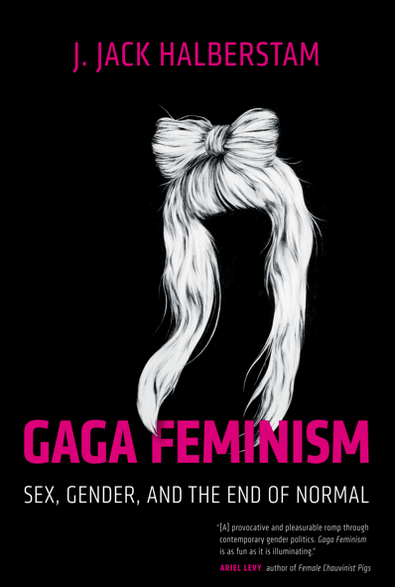 I want you to read this book: Gaga Feminism: Sex, Gender and the Edge of Normal, by Jack Halberstam.

I want you to read it, because it’s smart, funny, provocative–occasionally aggressively obnoxious, occasionally just a tad weak on the empirical evidence and too heavy on the anecdotal, but hey, I’ll take that over standard academic writing anytime–and it will make you think.

“We may all know, see, and acknowledge the cliched quality of the romance plot, but until we are raised with different understandings of love, desire, and intimacy, we must still cleave to it, still long for the happily ever after, and still find ourselves disappointed and devastated, stranded at the altar like a jilted bride who believed that marriage would make her happy but discovered that, like the wedding, marriage is overpriced, overvalued, overestimated, and maybe soon, simply over.”