She wants me to teach her how to write erotica… 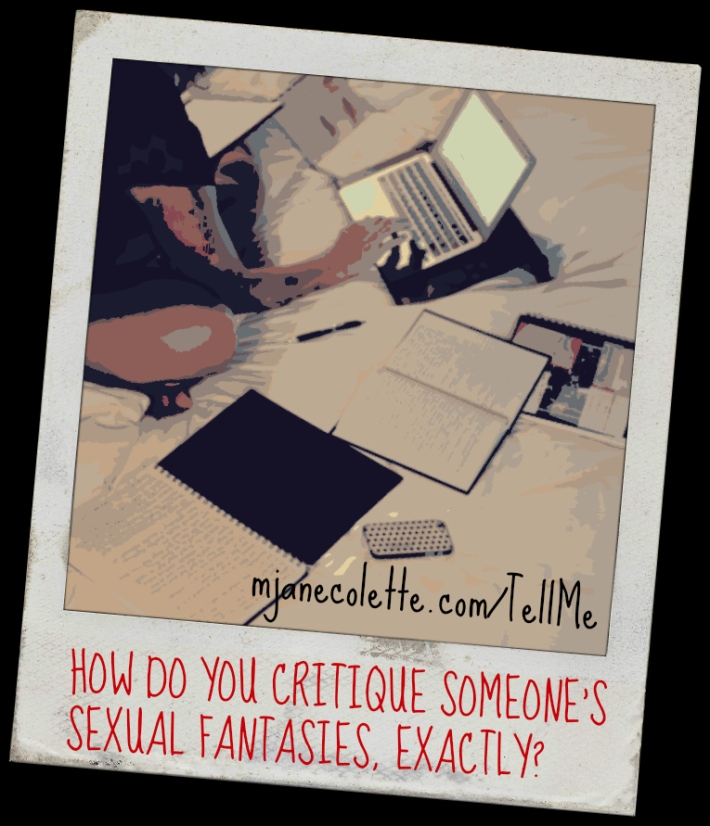 She wants me to teach her how to write erotica, and she sends me something she’s written. And then, texts me while I’m reading it.

I’m still reading, and what I’m thinking, at this moment, is that the immediacy of texting has wrecked people. I have not had time to read what she wrote, let alone react to it. But she is waiting for a response.

And don’t think I’m judging or condemning her, I am the same.

It’s not. The pacing’s fine. But there is something… wrong with what she wrote. For me, anyway. But how do I tell her?

Critiquing someone else’s sexual fantasies is sort of like…

Ok, I can’t think of an adequate comparison…

Here’s what I say (text) instead:

Me: “So, for me, for erotica to work—for sexual fantasy to work—it has to be something that actually could happen. You know what I mean?”

Her: “But isn’t the whole point of fantasy that you get to live out, in your head, something you can’t have in real life?”

Me: “Sort of. Otherwise we’d all be documentarians, not fiction writers. But see, all the BEST fiction works because on some basic level… it feels real. I don’t care if you’re writing about unicorns, aliens, or zombies—the more outrageous the unreal elements, the more critical it is that the story be true. That it feel like it could happen.”

Her: “So… what I wrote—you don’t think it could happen?”

I don’t know what to say.